As we head into 2020, it is worth looking at how gold has performed this year relative to other investments. Gold started the year off at $1,278 per troy ounce, and is now at about $1,510. This is about an 18 percent increase year to date. The DJIA has returned about 23 percent, and the S&P 500 has returned a stellar 29 percent. For those planning for retirement who invested in the stock market, it was a fantastic year. Bitcoin has risen 115 percent to eclipse them all. While gold has not been the best performer, it’s performance has been praiseworthy and much better than many analysts had expected.

What has propelled the gold price higher is stagnant growth in much of the world, including Europe, which has forced the hand of central banks to turn on the printing press to fuel more growth via quantitative easing. Quantitative easing has been tried before, and its results leave much to be desired, but the desperation of the central banks is palpable as Western nations are saturated with debts and their populations are aging.

Moreover, the UK’s departure – or rather its attempts at such – from the European Union, known as Brexit, has fueled concerns about the economic future of Europe. With the populist sentiment underpinning Brexit, there are con cerns about a spillover effect in other parts of Europe. In Spain, for example, there is growing support in Catalonia for independence and autonomy.

In the United States, Donald Trump has been in a catfight with the Federal Reserve, imploring the central bank to keep interest rates as low as possible. Due to concerns about the potential of a recession in the country, the central bank has lowered the Fed Funds Rate three times this year to a 1.5 to 1.75 benchmark interest rate. This is the rate at which banks and other depository institutions lend money to one another overnight, and it affects mortgage and consumer loans. By lowering interest rates, the central bank hopes to stimulate the economy. However, as interest rates go down and the supply of money goes up, the price of gold tends to go up. This is because the supply of gold is much more stable, growing between one and two percent a year.

The year 2020 will be exciting for investors. With lower interest rates and quantitative easing, gold will be looking especially attractive. Hopefully, for those investing in the stock market and planning for retirement, it will be another exceptional year.

Below is a short educational video for those planning for retirement who are interested in more traditional investments.

Here’s an interesting Kitco interview of the author of “Precious Metals Investing for Dummies” author Paul Mladjenovic. In this interview that took place last year, Mr. Mladjenovic argues that the strength of the economy under Trump will boost inflation, leading to a rise in precious metals prices. In this interview, he predicted gold might surpass $1,300, which proved to be correct. His prediction of $25 silver was not borne out, given that silver has lagged behind gold in this new leg of the bull market. However, this can present a good opportunity for silver investors. Mr. Mladjenovic is also optimistic about gold mining companies that are well-run and have good reserves. It is worth noting that some economists believe the U.S. will actually be heading into a recession in the near-future given the long stretch of economic growth lasting almost a decade and the cyclical nature of recessions.

Excellent summation of the silver market.

Barter With Gold And Silver Blog

The crises deepen. What crises you ask? Starting about sixty years ago, we began to accelerate in our usage of silver for industrial purposes. As the great industrial complex known as America grew, so did it’s appetite for silver and other industrial metals. In fact, it grew at such a pace that we devoured the above ground stockpile of silver at such a rate that it is now gone. That’s right, what took the entire world over five thousand years to acquire, was used up in just six decades, and the above ground stockpile has been completely eliminated. Silver is now rarer than gold! In fact, silver will be from this point forth, for all of eternity, rarer than gold. From this point forth, we work from current silver production alone. And, from this point forth, demand will…

For the first time ever, the bitcoin price — that is, for a full unit of bitcoin — is now worth more in U.S. dollars than an ounce of gold. This is big news for proponents of digital currencies. Of course, not everyone is convinced that bitcoin is a safe or savvy investment, despite increasing digitization of money. Here is a video on bitcoin’s recent surge.

Many investors in bitcoin and other cryptocurrencies believe that digital money is a way to diversify away from the risks of fiat money.

Nomi Prins, an author who has exposed the corrupt machinations and history of the U.S. banking system, has an excellent exchange with Greg Hunter in the interview below. She questions just how much of Donald Trump’s promises during his campaign will be fulfilled, and discusses interest rates and the national debt.

She asserts Trump will meet resistance with plans to increase fiscal spending from Republicans in Congress, and the Federal Reserve will be unlikely to raise rates significantly in 2017 with an economy that is fundamentally still weak.

Jim Rickards asserts the next major financial crisis is around the corner, which will usher in the use of Special Drawing Rights (SDRs) as the next global reserve currency to bail out bankrupt nations such as the U.S. He asserts the next crisis could cause the closure or restricted use of banks and other financial institutions for several weeks. He also believes any deflation will be countered by inflation by the world’s central banks — in this respect, his outlook is similar to Michael Pento‘s. Rickards believe tangible assets such as gold, fine art, and real estate will maintain their value during this financial storm.

Here is the interview with Greg Hunter.

In an interview with Greg Hunter of USAWatchDog.com, Michael Pento, a financial analyst with Pento Portfolio Strategies, suggests the jig will be up for the bond market and the dollar once the Federal Reserve admits it cannot raise interest rates without cratering the financial markets. He believes the negative rates on European and other corporate bonds are unsustainable, and that the global nature and depth of the bond markets mean that bonds can skyrocket from negative or zero percent to two, three, or even four percent, or higher, in a matter of days. Such a shift in the bond market will signal a major loss of confidence in them by investors and traders.

He believes that the U.S. is in or about to enter into a recession, thus making continuous rate hikes impractical. He also believes once the world figures out that the U.S. markets are no different from Europe or Japan, and the Federal Reserve starts easing again, that gold can easily rocket near or to its all-time highs. Along these lines, Pento has published his book The Coming Bond Market Collapse that elaborates on these ideas.

Bill Murphy, the chairman and director of the Gold Anti-trust Action Committee (GATA), recently interviewed with Greg Hunter of USAWatchdog.com. In this interview, Murphy says he thinks gold will hit $3,000-$5,000 per ounce, which he sees as conservative. Actually, this price target is more conservative than the $10,000 gold price target of Jim Rickards.

He says the “gold cartel” — consisting of bullion banks and central bankers, among others — have been manipulating the price of silver downward. In particular, he believes that the price of silver is targeted for suppression by the powers that be because it is tied to gold, a commodity that trades inversely to the U.S. dollar. Thus, in order to keep the illusion of dollar strength and security, he believes, the silver and gold markets must be suppressed.

Here is the interview:

This blog does not provide financial advice. All investments, including gold and silver, carry a degree of risk. Investors should always do their own due diligence. 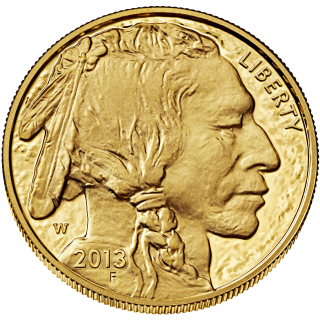